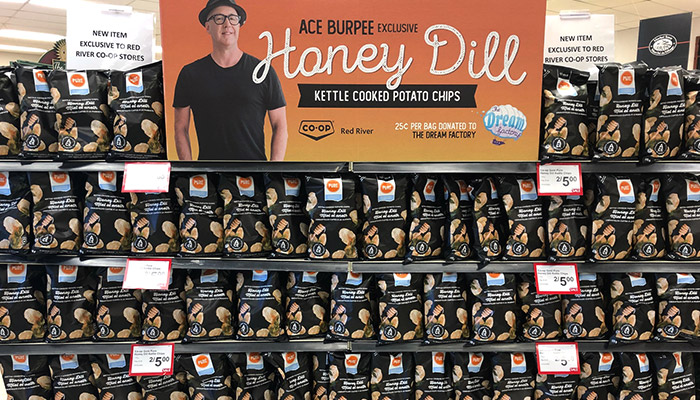 "As a local co-operative, we loved the idea of offering a quintessential Manitoban flavour as a chip to our customers and members," Kelly Romas, Red River Co-operative's Director of Marketing, told the Winnipeg Free Press.

The idea came from radio DJ Ace Burpee, who discussed the flavour on his Winnipeg morning show and then contacted Red River Co-op about producing the chips.

“At The Dream Factory, we encourage kids to dream big and it’s our job to bring those dreams to life,” said Executive Director Howard Koks. “Honey-dill flavoured chips are a fun dream come true for many Manitobans, and we couldn’t be more excited and appreciative that proceeds raised will directly help to grant more dreams for kids here in our province.”

The chips will be made available at participating Co-op locations across Western Canada next year.