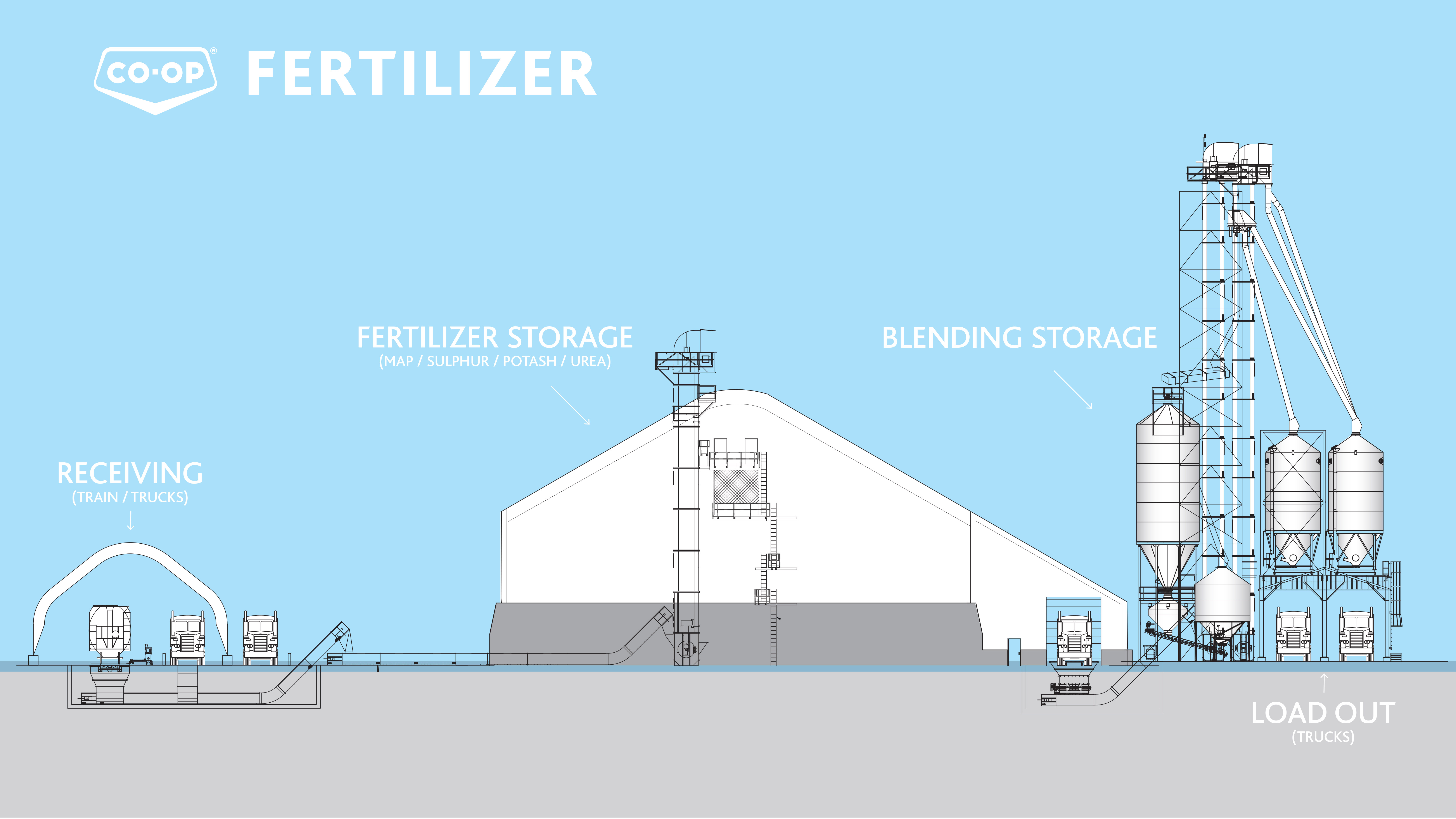 “These are not only investments in agriculture, they are investments in western Canadian communities,” said Scott Banda, CEO of FCL. “The fact that we are building these facilities in a challenging economy shows that we are positioning retail co-ops to better serve their members, customers and communities in the long-term.”

Construction on the two terminals recently began at sites outside Hanley, Sask., and Brandon, Man. These facilities, which are expected to be fully operational in early 2017, will warehouse, blend and distribute a full suite of crop nutrition products throughout the Co-operative Retailing System (CRS). The Hanley terminal will be able to store up to 45,000 metric tonnes of fertilizer while the Brandon terminal will hold 27,500 metric tonnes.

“Investments like this are driving our province’s growth and building on the strong agricultural foundation Saskatchewan is known for,” Saskatchewan Agriculture Minister Lyle Stewart said. “Our province is a key supplier of agricultural products for Canada and the world and there’s a need for continued innovation and investment to help our producers meet this growing demand.”

Rail access will allow both facilities to efficiently receive product from domestic and international suppliers, while each high-throughput terminal is centrally located for distribution to Co-op Agro Centres across Western Canada. Each terminal will be able to load a super B trailer of blended fertilizer in 10 minutes and dispense up to 400 metric tonnes of straight fertilizer in an hour.

“Producers want to purchase fertilizer, feed, crop supplies, fuel and equipment at one location. Co-op Agro Centres proudly provide all of those along with the benefits of membership,” said Brad Bauml, Executive Vice-President of Ag and Consumer Products, with FCL. “As owners, retail co-ops and their members will share in the success of these new terminals.”