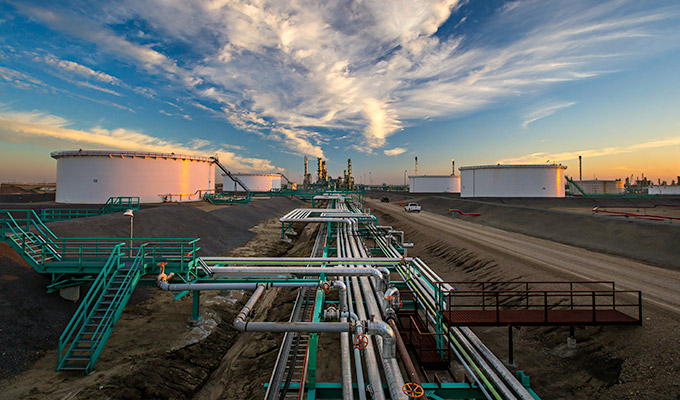 During this time, the Refinery’s equipment is taken off stream for safety maintenance and upgrades. This time and investment ensures that the Refinery continues to operate in a safe and reliable way.

“While the general public is sometimes unaware of Turnaround, it is perhaps one of the most important annual economic events in the Regina area,” said CRC Vice-President of Refinery Operations Gil Le Dressay. “During Turnaround 2018, Federated Co-operatives Limited (FCL) will invest over $100 million in the safety and reliability of the Refinery. Some 1,300 additional jobs are filled through the duration of Turnaround, resulting in a significant economic boost for the Regina and area economy.”

Approximately 2,200 people will be working day and night at the CRC during Turnaround with more night-shift work planned than in past years. Over 700,000 person-hours will be required to complete the task. The operation will require CRC to rent numerous pieces of equipment of all sizes from suppliers in the surrounding area — including everything from space heaters to heavy machinery (for example, there will be approximately 50 cranes on-site during Turnaround).

With 1,300 additional workers on-site, people living and working near the Refinery will likely notice the increased activity and traffic in the area.

“This year, like every year, we’ll be taking extra measures to be good neighbours. We will be using water and other dust suppression tactics as required to keep nuisance factors to a minimum. We’ll also be doing our best to deal with traffic issues by paying for additional Regina Police Service support to help direct traffic flow at the Winnipeg Street and 9th Avenue intersection during the peak traffic periods.”

“With all of the increased activity and with more people working on-site than in past years, safety is paramount. We’ll be amplifying our own safety procedures. Everyone who enters our site receives proper Health, Safety and Environment training before being allowed on-site to work. We also have our CRC Safety Advisors working throughout the site, as well as the contractors’ own safety advisors. During Turnaround, as with every day of the year, our mission of zero injuries never changes,” Le Dressay said.

“This is an exciting and dynamic time for all of us at the Refinery and for everyone in the skilled trades in the Regina area, but it is also a time for heightened safety awareness and detailed planning. We will continue to work closely with the community as we move forward,” Le Dressay said.

Le Dressay encouraged anyone with questions or concerns about Turnaround 2018 to contact crc.publicaffairs@fcl.crs.