Unifor continues use of illegal blockades and disturbing videos

Where do our profits go?

FCL urges Unifor to stop the stunts and start bargaining 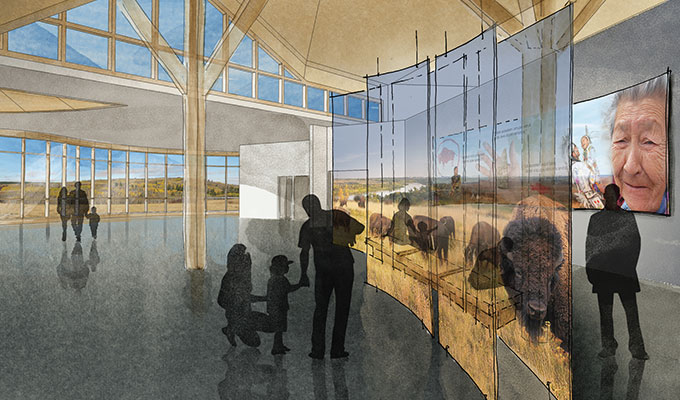 A $1 million contribution from Federated Co-operatives Limited on behalf of the Co-operative Retailing System will help create a new exhibit at Wanuskewin Heritage Park.

Federated Co-operatives Limited (FCL) is making a $1 million commitment to the campaign.

“Federated Co-operatives Limited is pleased to announce a contribution of $1 million to the Thundering Ahead Capital Campaign on behalf of the Co-operative Retailing System,” said FCL CEO Scott Banda. “This renewal represents an opportunity to engage in meaningful reconciliation. Our Co-op’s home is Western Canada and we are honoured to be part of ensuring that the epic story of Wanuskewin is told and experienced for generations.”

The donation will support Wanuskewin’s bold renewal vision, which includes a new exhibit at the park to be called Wanuskewin: A Gathering Place presented by Federated Co-operatives Limited on behalf of Western Canada’s Co-operative Retailing System (CRS). The interactive exhibit will blend personal stories and Wanuskewin’s significance to culture, education and science. It will also provide breathtaking images of running bison and learning on their connection to Indigenous culture, history and ecology.

Plans are underway to apply for UNESCO World Heritage designation, introduce exhibit galleries and improve educational offerings, expand the current facility to accommodate larger conferences and meeting groups, renovate the nearly 25-year-old interpretive centre, preserve ecology and biodiversity on the site and expand the land base to accommodate a small herd of Plains bison.

“Education is important to us, and important to Federated Co-operatives Limited,” said Tribal Chief Felix Thomas, co-chair of the Thundering Ahead Campaign and Tribal Chief of the Saskatoon Tribal Council. “In addition to engaging his team in this project, Scott has been a contributing member to our volunteer team, and a pleasure to work with.”

On Feb. 9, Wanuskewin launched plans for a $40-million capital campaign to fund a bold renewal based on four pillars: