The CRC is confident in COVID-19 pandemic plan 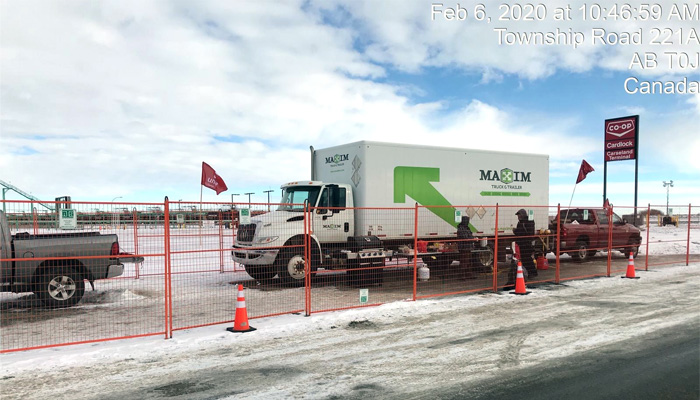 Fences and vehicles remain in place at FCL's fuel distribution terminal in Carseland, Alta., Feb. 6 after an interim injunction court order to be effective immediately ruled picketing can't occur within five metres of an access point to the property and traffic can't be impeded.

In her ruling, Justice Campbell said Unifor National and Unifor Local 594 are jointly responsible and may be present at the Carseland Terminal to only convey their message. She ordered picketing and congregating cannot occur within five metres of any access.

“While we’re pleased that today’s ruling recognized our right to operate, our fuel trucks won’t be able to move until this interim injunction order is enforced,” said CEO Scott Banda. “We expect Unifor to abide by the rule of law and Justice Campbell’s ruling immediately, but from what we’ve seen already today, they’re still not allowing our trucks into the Carseland Terminal. It seems that, like in Saskatchewan, they are not going to comply with the law in Alberta.”

Effective immediately, the court order states Unifor is not allowed to:

This injunction adds to two previous Court of Queen’s Bench injunction orders in Saskatchewan, which applied limits to Unifor’s ability to delay vehicles from entering and exiting the Co-op Refinery Complex in Regina. In a subsequent finding of contempt Unifor was charged $100,000 for intentionally and deliberately disobeying that interim court injunction order. Unifor is now facing a second contempt of court hearing today related to FCL’s contention that Unifor is in deliberate violation of the second, permanent court injunction order.

“We’ve said that we’re willing to bargain for as long as it takes to get a deal, but we will not bargain as long as these illegal blockades are in place,” said Banda. “It’s obvious that Unifor doesn’t share our interest in bargaining since they continue to use illegal actions to hold our business, and a good portion of Western Canadians’ fuel supply, hostage.”

Co-op Gas Bars and Cardlocks have begun to face periodic fuel outages across Western Canada as a result of Unifor’s illegal blockades. FCL has placed daily card purchase restrictions at Co-op Cardlock locations across Alberta, Saskatchewan and Manitoba. Fuel for smaller locations is being prioritized since, in many of these locations, Co-op is one of the only fuel sources. As well, Co-op is prioritizing fuel for emergency service providers. These restrictions will remain in place as long as fuel distribution remains hampered by the blockades.