Committed to remaining a co-operative

The Co-op Refinery Complex announces new CBA has been ratified 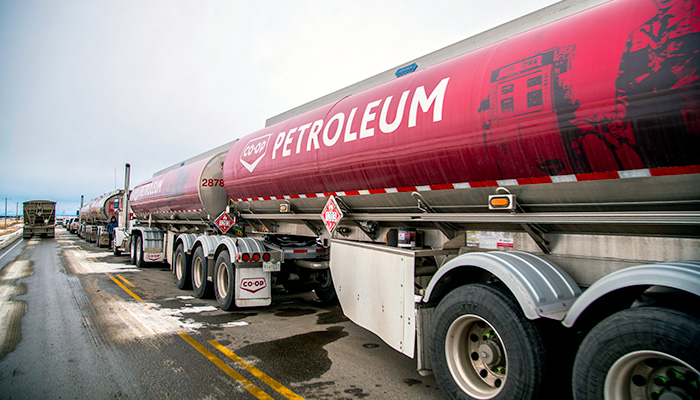 Independent lease-operated truckers hauling FCL's petroleum fleet sit on the highway near the fuel distribution terminal in Carseland, Alta. The trucks were prevented from accessing the facility as a result of illegal Unifor blockades set up during the labour disruption at the Co-op Refinery Complex in Regina, Sask. (Feb. 5, 2020)

Federated Co-operatives Limited (FCL) is committed to providing financial relief to all of the independent lease-operated truckers contracted by FCL whose livelihoods have been negatively impacted by Unifor’s illegal blockades of the Co-op Refinery Complex (CRC) and other FCL sites.

“We value the perseverance and support of all our independent trucking fleet partners and we recognize how badly Unifor’s illegal blockades hurt them,” said FCL CEO Scott Banda. “Unifor’s illegal actions have negatively affected their individual well-being and that of their families, so we’re doing all we can to help them.”

FCL will be providing special cash payments to help support independent lease operators who have lost the opportunity to earn income as a result of Unifor’s illegal blockades in the labour disruption. These payments are approximately 75 per cent of what they would normally be paid. This will be applied retroactively to lease operators in Regina and also extended to lease operators in Carseland, Alta., and Winnipeg in the hopes of easing some of the financial burdens on the operators.

"The last two months have been difficult for both small and large independent lease operators. The men and women who join the trucking industry, and particularly the fuel transportation sector, are vitally aware of our responsibilities to the public and the essential role we play in maintaining Canadians’ way of life," said Heather Day, President of C.S. Day Transport and member of the Saskatchewan Trucking Association's Board of Directors.

"We're very appreciative that FCL and the CRC recognize the hardships that we have endured during this labour disruption. The lease operators, drivers, and our other staff take immense pride in helping to fuel Western Canada and are wholly committed to ensuring fuel is delivered across the West.”